Long-distance cycling is tough enough in itself without having to compromise on your machinery. If you compromise your position on the bike or the quality of your equipment, you’re simply making a hard job even harder.

That’s something that local rider and LBRCC member Malcolm recognised when he was looking for a new bike last year. Malcolm was looking at attempting the Fred Whitton Challenge; a 113-mile ride through the Lake District, it includes nearly 4000 metres of climbing and is widely regarded as the toughest sportive in the UK.

Because of the unique challenge the ‘Fred’ poses, Malcolm wanted a bike absolutely perfect for his needs, but also one that looked the part. That’s where Dorvics and the versatility of the Tifosi Cavazzo came in to help. 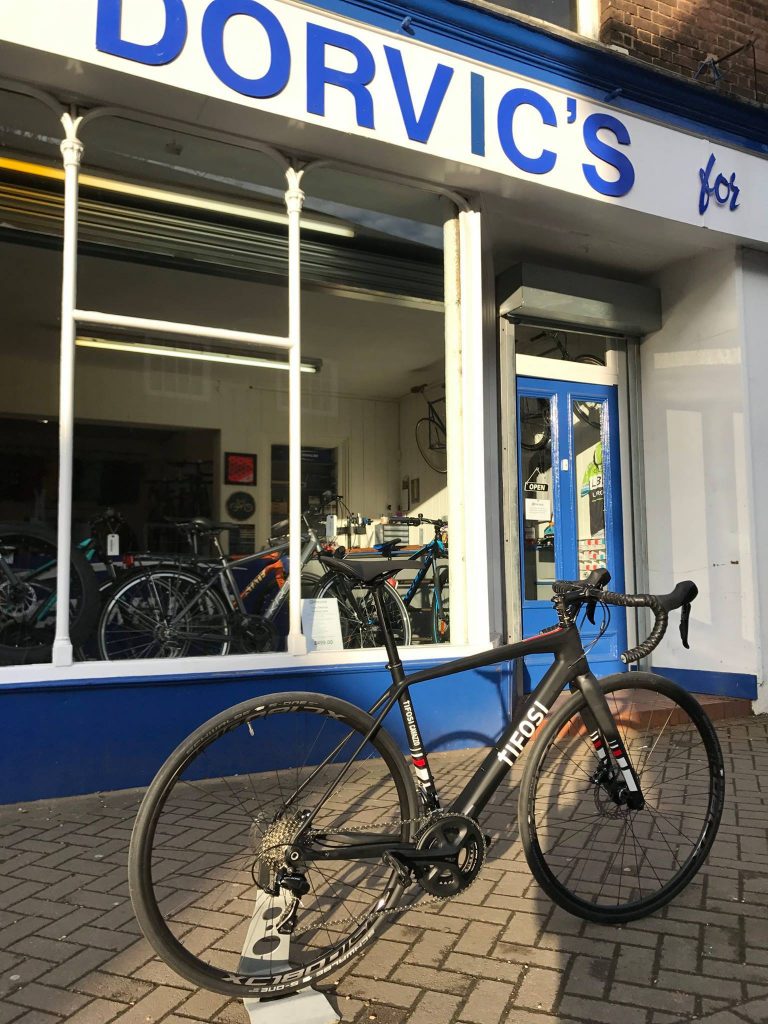 Armed with his list of requirements, Malcolm worked with Dorvics to get the bike he wanted in good time to start training for the ‘Fred’, and it wasn’t too long until his beautiful matt-black Cavazzo was ready to ride.

After some intense club runs and some additional hill training in the local area, he completed the 2017 ‘Fred’ in nine hours and 19 minutes. Since then, he’s kept riding the Cavazzo on a regular basis, and inspired to complete more long rides, Malcolm was one of nine LBRCC members to take in the 106 miles from Leighton Buzzard to Brighton earlier this month.

“It’s been an absolutely brilliant bike to ride, and it does give me a great feeling to know that it’s a bike that’s been designed just for me,” Malcolm says. “Dorvics have been fantastic with the build process of it, and it’s thanks to them that I’ve got a bike that I just want to get out and ride as much as I can.”

With Dorvics and the Tifosi Cavazzo, we can spec a bike that’s perfect for you. To find out more about how you can get the bike of your dreams at a price you can afford, contact us here or pop into our store in the centre of Leighton Buzzard (opening times below).